The Benefits of Using a Recruiter over Applying Direct 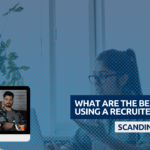 James: This is going back just before the interview stage, where obviously it’s almost between the CV and interview. When we were actually applying for the role. I think one benefit of using a recruiter is we go directly to the hiring manager. We’re not going through a portal. You know, we’re not uploading a CV to LinkedIn or something like that. I think probably 90% of our clients that we deal with, we have direct line manager feedback. So your CV is already coming out of the pot of 40, 50, 60 applicants maybe for that role and going straight to the CTO, the software development manager, the head of I.T., whoever that person is, again, I think that’s a huge benefit of using a recruiter and using someone like us, we can almost take you out of that sort of pond of candidates and put you straight in front of that hiring manager.

Luke: It goes closely with out CV write up that we put in there.

James: I think one thing that also a final topic I want to sort of discuss, especially around interviews, is the modern day interview. You know, the post-covid interview, a lot of it has now gone virtual and I think a lot of companies will probably actually start adopting a more virtual process and not having everyone come to the office all the time. What are our dos and don’ts and top tips about virtual interviews, we’re talking about Microsoft Teams, Google Hangout, Zoom, Skype, something like that.

Luke: I love the virtual interview aspect that’s going on. I think a lot more companies are having it at the early stages, which I think is really good because sometimes it can be a out overstretched commitment, when sometimes people just want more information. We’ve always been quite clear on that. We always introduce relevant people, but sometimes both parties want a bit more info, and if he doesn’t marry up,

James: Can you imagine having to spend 30 minutes, 40 minutes going to an office for that initial 30 minute chat. Why can’t we do that virtually on Zoom and you can get that initial information out of someone? How much better is that.

Luke: I agree, I couldn’t agree more. On the dos and don’ts. what I think was one that I’m going to reword that, but one of the things actually come out of that situation of being online, that everyone had their own video is I suppose, A. it kind of formed it’s own little etiquette that everyone has picked up on.

Luke: Yeah, but also it’s become like in the past we’ve all done it, worked a day from home due to Covid and the dogs in the background, the wife shouts at the doorman and you’re like oh no, it’s like the worst thing in the world. But I do video calls now and my little sausage dogs are jumping up.

Danny: It makes you more human, that you know, you’re not in that corporate setting. You can be yourself, a bit more, you’re in your own home, you’re a bit more relaxed.

Johnnie: Spot on, I think it benefits like a certain, you know, area or for a certain type of person, whereas previously before pandemic times, you know, before Covid took over in that sense, there’s a certain type of person that maybe would really struggle with that first stage of introduction and that icebreaking part like what you had mentioned going into an office for a half hour with people you’ve never met, whereas now it’s a lot more informal is a good word to use, a lot more relaxed, you’re in a comfortable environment, so I think realistically, it’s just benefiting more people across a broader scale, and the talent pool to look into.

James: I don’t think we need to again, I don’t think need to be embarrassed about the kids shouting in the background, the wife shouting, the dogs barking. I think, again, that’s a good icebreaker and that’s natural. And the one thing I will say is make sure that you’re set up for what you’re using is good.

Johnnie: Don’t have a cat filter on.

Johnie: I can confirm I am not a cat.

James: There was a BBC interview of the kid running in and that I think just embrace it now, you know, obviously don’t bring the kids in, but, you know, if they’re there, I think companies will now be like, ah, it’s a human touch and, the human element you know, try and make it as professional as possible. But if the kid runs in, don’t like shoo them off or expect the nanny to run in, you know, just talk to them.

Luke: I don’t think we will have that problem.